Skip to main content
Back to top
New Italian Cinema

Festival favourite Stefano Accorsi (The Goddess of Fortune IFF20, The Champion IFF19) stars as a man torn between the past and future in psychological thriller You Came Back, which closed the Venice International Film Festival last year.

Marco (Accorsi), and Anita (Serena Rossi, 7 Hours to Win Your Heart IFF20) discover that they are expecting a child. It is welcome news for Marco following the loss of Leo, his firstborn son with former wife Clara.

But the sudden arrival of the mysterious Perla (Valeria Golino, Euphoria IFF18) - the new owner of Marco and Clara’s old house – disrupts all of their lives. She claims to feel a strange presence and hear the voice of a child in the house, and Marco soon finds himself caught between his tormented past and hopeful future.

Based on the 2012 eponymous novel by Cristopher Coake, director Stefano Mordini transposes the American ghost story to moody Venice in an engrossing gothic drama about love, belief and the difficulty of letting go.

Accorsi is extraordinary.
Der Zweifel
Mordini is one of the few Italian filmmakers to capture the thriller soul of the lagoon city.
Sentieriselvaggi
Australian Premiere 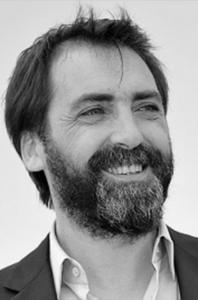 Born in Marradi, Italy in 1968, Stefano Mordini entered the film industry as a producer in 1990. He has been directing music videos and documentaries since the mid-1990s, including a four-part series in the early 2000s about the effects of globalisation on South America. In 2002 he began teaching at the Istituto Universitario di Lingue Moderne in Milan. As a film director and screenwriter, Mordini is known for The Invisible Witness (IFF19), Pericle (2016) and Smalltown, Italy (2005).