From multi award-winning writer/director Jonas Carpignano (A Ciambra, Meditteranea), To Chiara is a searing, gripping and remarkably poignant drama about a Calabrian teenage girl who learns some difficult truths about her close-knit family.

Gioia Tuaro, Southern Italy. The Guerrasio family and their friends gather to celebrate the 18th birthday of Giulia, the eldest daughter of Claudio and Carmela. There is a healthy rivalry between the birthday girl and her 15-year-old sister Chiara (extraordinary screen discovery Swamy Rotolo) - who’s clearly Dad’s favourite - though it’s a happy occasion. But Chiara gradually senses that something is very wrong, and then… her father disappears.

Chaira’s mother exudes reassurances to her three daughters but offers no clear explanation, so the teenager begins her own investigations. The more Chiara learns, the more she is forced to decide what kind of future she wants for herself.

Premieres in WA as part of 2022 Perth Festival.

Brilliant! Gripping and unpredictable.
Indiewire
Instantly engaging. A director in command of the medium and physically entrenched in the milieu.
The Hollywood Reporter
Australian Premiere 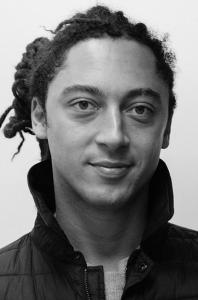 Born in 1984, Jonas Carpignano grew up between Rome and New York. As a graduate student at New York University’s Tisch School of the Arts, he began directing short films that would later bring him widespread critical acclaim. His first feature film Mediterranea debuted at the Cannes Film Festival in 2015, and his second feature A Ciambra premiered at the 2017 Cannes Film Festival - Director's Fortnight where it won the Europa Cinema Label prize for Best European film.