Skip to main content
Back to top
New Italian Cinema

The men’s happy and peaceful life is upended when they learn who their daughters are dating: Valentina, after leaving her fiancé on their wedding day, is now dating the free-spirited girl Alex; Marta’s boyfriend Simone, is a troubled and reckless rapper, and Sara is ready to leave for the US with Luigi, Sergio’s former womanising schoolmate.

Furious with the three girls and convinced that their partners are completely unfit for such perfect daughters, Arturo, Antonio and Poli decide to join forces and do whatever it takes in order to hinder their relationships. 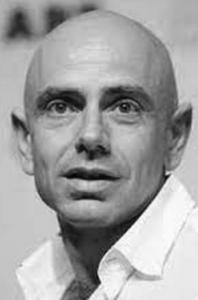 Born in Rome in 1969, Rolando Ravello is an Italian actor, director and screenwriter. Ravello had his breakout as an actor in 1995, in Ettore Scola's Romanzo di un giovane povero, while in 2001 he made his directorial debut with the short film La Colla. His 2013 film Tutti contro tutti was nominated in the Nastro d'Argento Awards for Best Comedy, while Perfect Strangers (2016) which he wrote for the screen, boasts 18 international remakes.