Skip to main content
Back to top
Family Films

A heart-warming tale of courage and adventure, Glass Boy tells the story of 11-year-old Pino who is trapped in a small town and fed up with a life that is always the same. Confined to his family’s huge and elaborate villa, owing to a rare form of haemophilia, his life is controlled by his overly protective family.

Pino, animated by an unbridled desire for freedom and boundless courage, defies his fragile condition, the fears of his parents and the beliefs of his domineering grandmother when he meets the Piazza Vecchia Gang, a group of new friends who encourage him to leave the safety of his room and live his life like a normal child.

Featuring Andrea Arru in his first starring role as the daring Pino, Glass Boy is a modern-day fairy tale loosely based on Fabrizio Silei’s children’s book Il Bambino di Vetro. A tribute to great family movies like ET and The Goonies, this moving family-friendly story filled with humour celebrates the power of friendship.

Glass Boy carries within it a spark of magic.
Lifegate
Australian Premiere 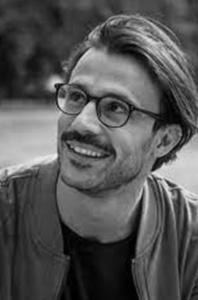 Samuele Rossi graduated in Filmmaking at Rosebud International Film School in Rome in 2011. His first feature film The Way Back Home (2012) won several national awards and helped him win a scholarship from the Italian Cultural Institute of New York to study Screenwriting in New York Film Academy, from which he graduated in 2014. Rossi currently teaches directing at the Tuscan Cinema Academy and Glass Boy is his second fiction feature, after directing several documentaries.